This was my first plant I ever bought, I got it in December 2018 after learning that bonsai trees are just normal trees that have been pruned to be kept small. I read that jade trees were virtually indestructible and were very easy to take care of and so I chose this as my first plant. Here it is shortly after its first prune, looking real spindly: 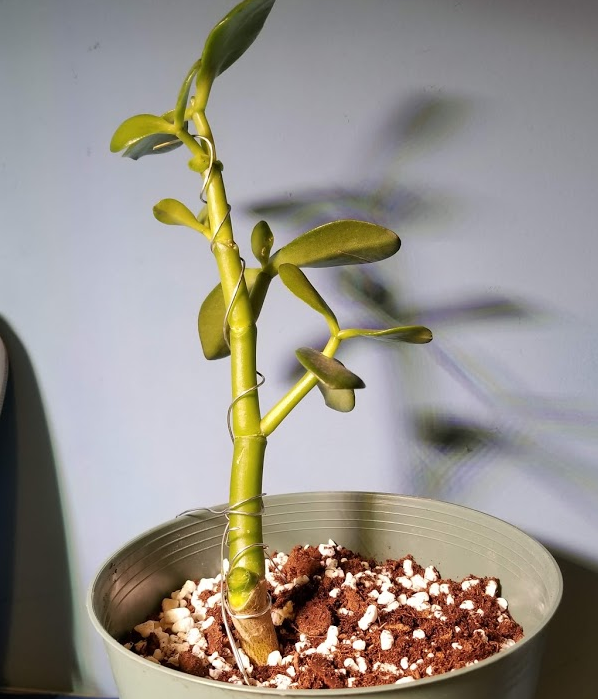 After 4 months of growth in a poorly-lit, west facing window through the Waterloo winter I took my jade plant outdoors for its first summer. Over the winter it actually managed to grow quite a bit and started growing. The trunk looks like its starting to lignify and become woodier. Here it is in June 2019 after a repotting into its first bonsai pot: 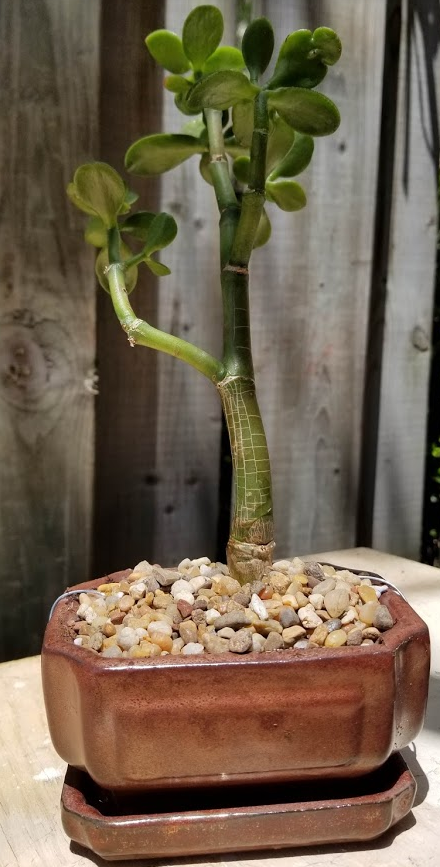 I wasn’t extremely diligent about taking pictures of its progress throughout the summer, but I did some pruning and propagation throughout the summer and fall. The only picture I could find of the jade was from October 2019. In the picture here it’s in yet another new pot, I was pretty indecisive about whether I wanted it in a big or small pot. Alongside are two of the cuttings that had sprouted roots and are effectively clones of the original plant: 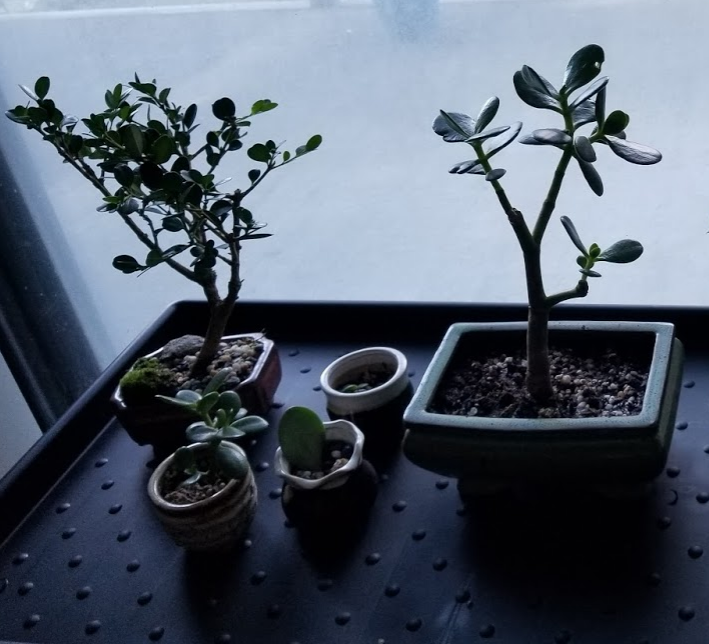 In the picture above you can see near the top right corner where a squirrel took a bite out of my poor jade. This is the first of many times my jade has been attacked by squirrels. The cutting near the bottom left was cut from the lower right branch on main tree and a new bud actually sprouted from that new branch.

Here they are again in December 2019 just before I left them with a friend while I was out of the country for co-op: 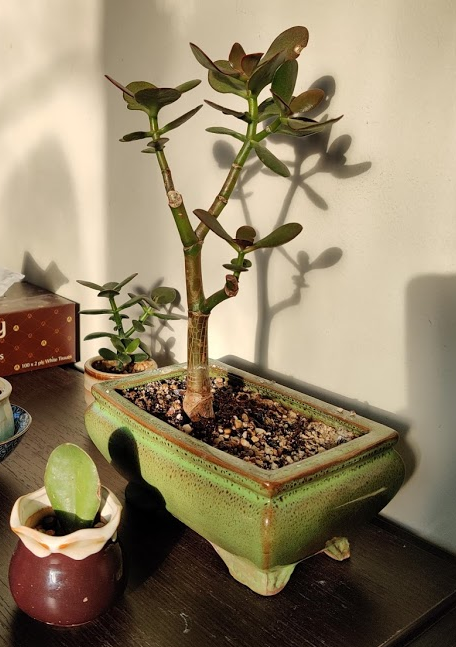 While I was away from my jade trees I spotted some really large jade trees all over San Francisco, where they can grow outdoors year round! Here’s one that I found randomly on the side of the street: 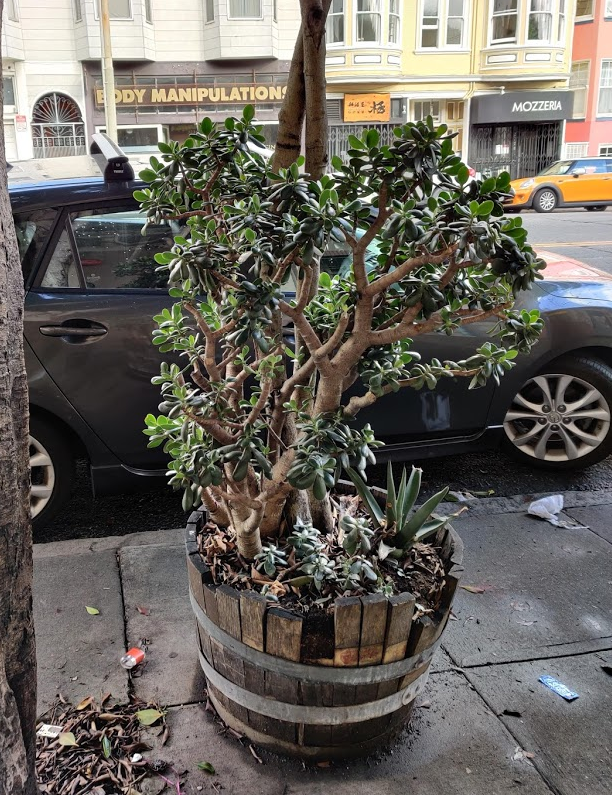 And a flowering one in Sausalito: 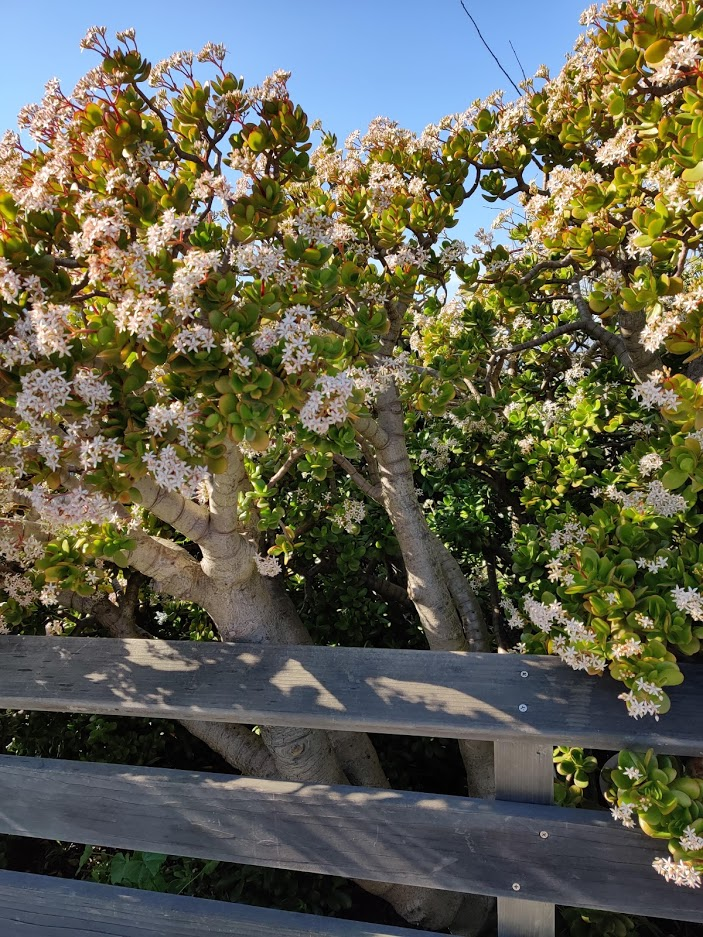 Approximately 10 months after the leaf and stem cuttings were made, the leaf cutting finally grew a stem and the stem cutting got bigger! Photographed in March 2020: 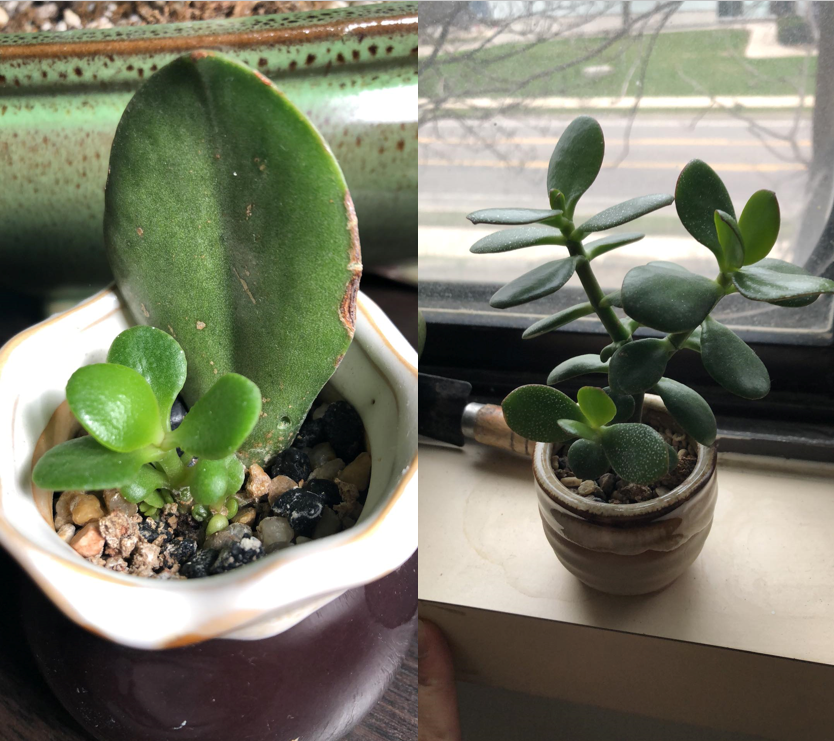 At around the same time, my main jade tree started to grow a new bud near its base. By April 2020, the bud had started to become a new branch! 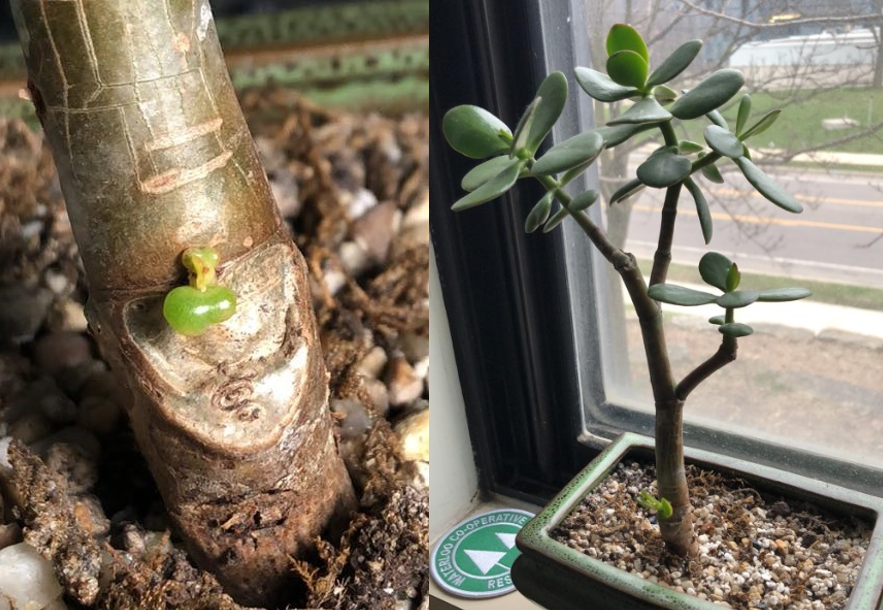 I was reunited with my jades in Summer 2020 and of course the first thing I did was repot my main plant once again! Here it is in June 2020 just after repotting: 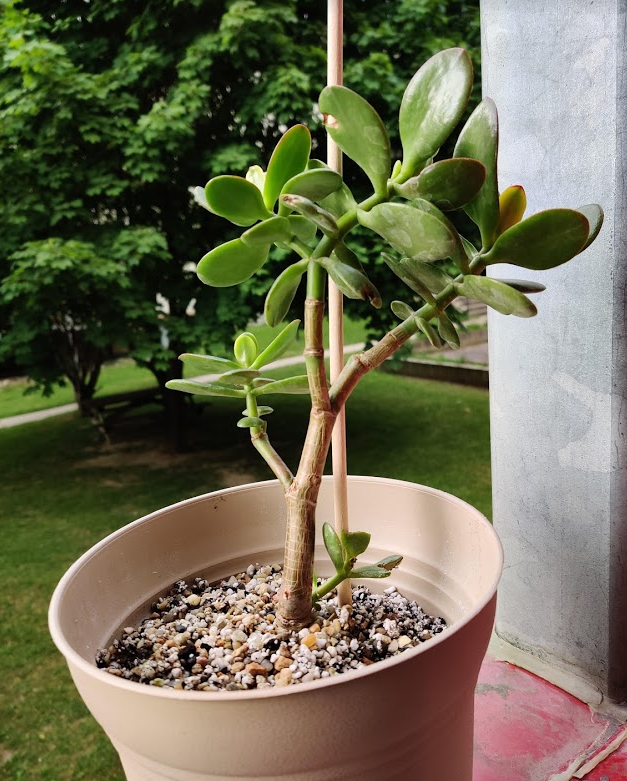 The main trunk was finally starting to mature and get really woody and brown, I repotted it hoping that the new larger pot would let it grow more vigorously and thicken the trunk a little. It’s very top heavy right now and the plan is to prune it back heavily after it establishes itself in this new pot. The new bottom branch and a bunch of other leaves have survived another squirrel attack in June 2020 when a squirrel broke into my apartment.

My jade cuttings had grown tremendously as well, they’ve both been repotted and I removed the big leaf from the leaf cutting since the stem could support itself at this point 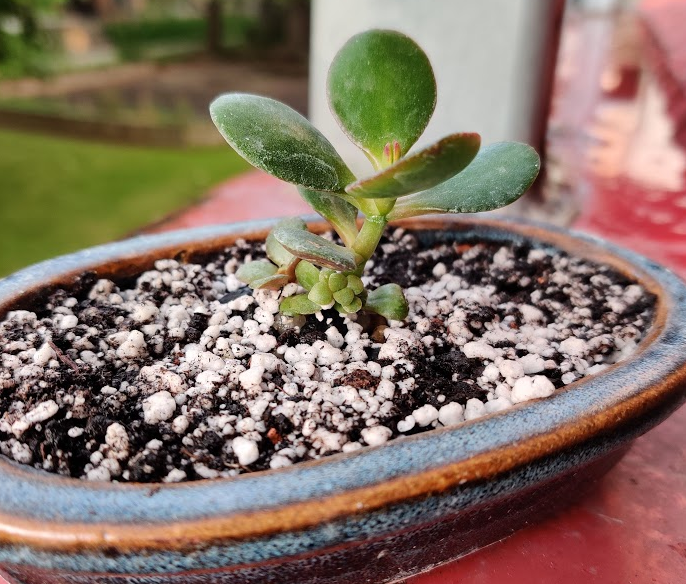 The jade tree made from the stem cutting has grown large enough that I needed to prune it and take a cutting (once rooted and potted, these cuttings make great gifts). Its main truck is starting to get woody already as well! 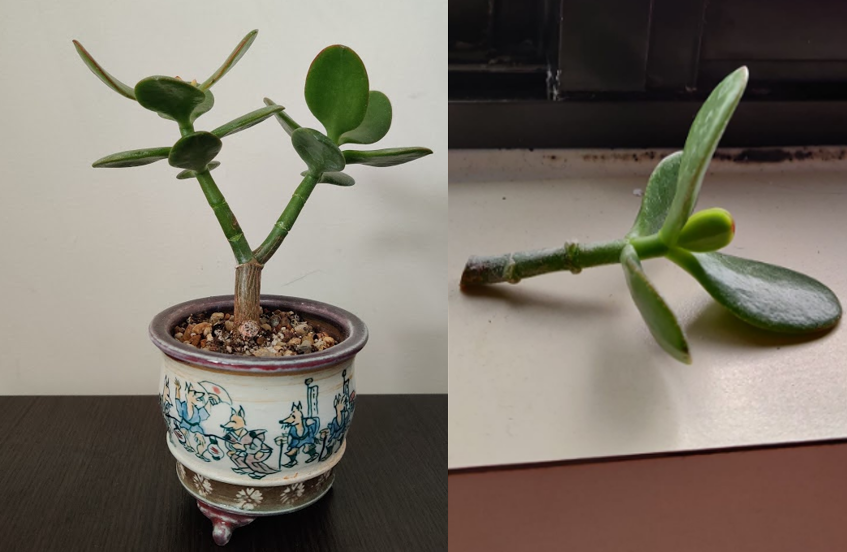 In late June 2020 I chopped off most of my main jade tree to make it shorter and hopefully grow thicker. 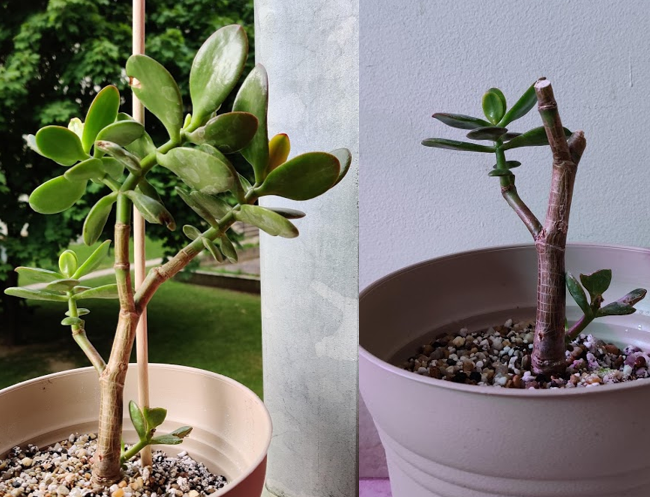 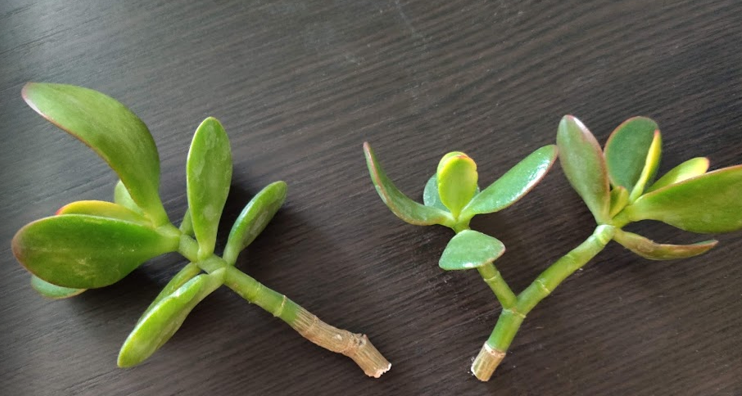 I got some cuttings from my friend’s portulacaria afra in June 2020 and was able to successfully make a clone! Looking forward to growing this little tree 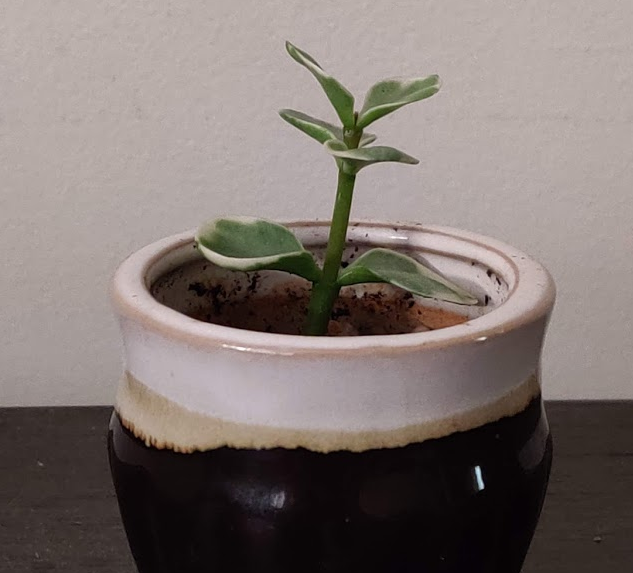 I made some hummus in the summer of 2019 and decided to plant the seeds from the lemon I used. Here they are 1 year later in June 2020, wired up in a pre-bonsai phase: 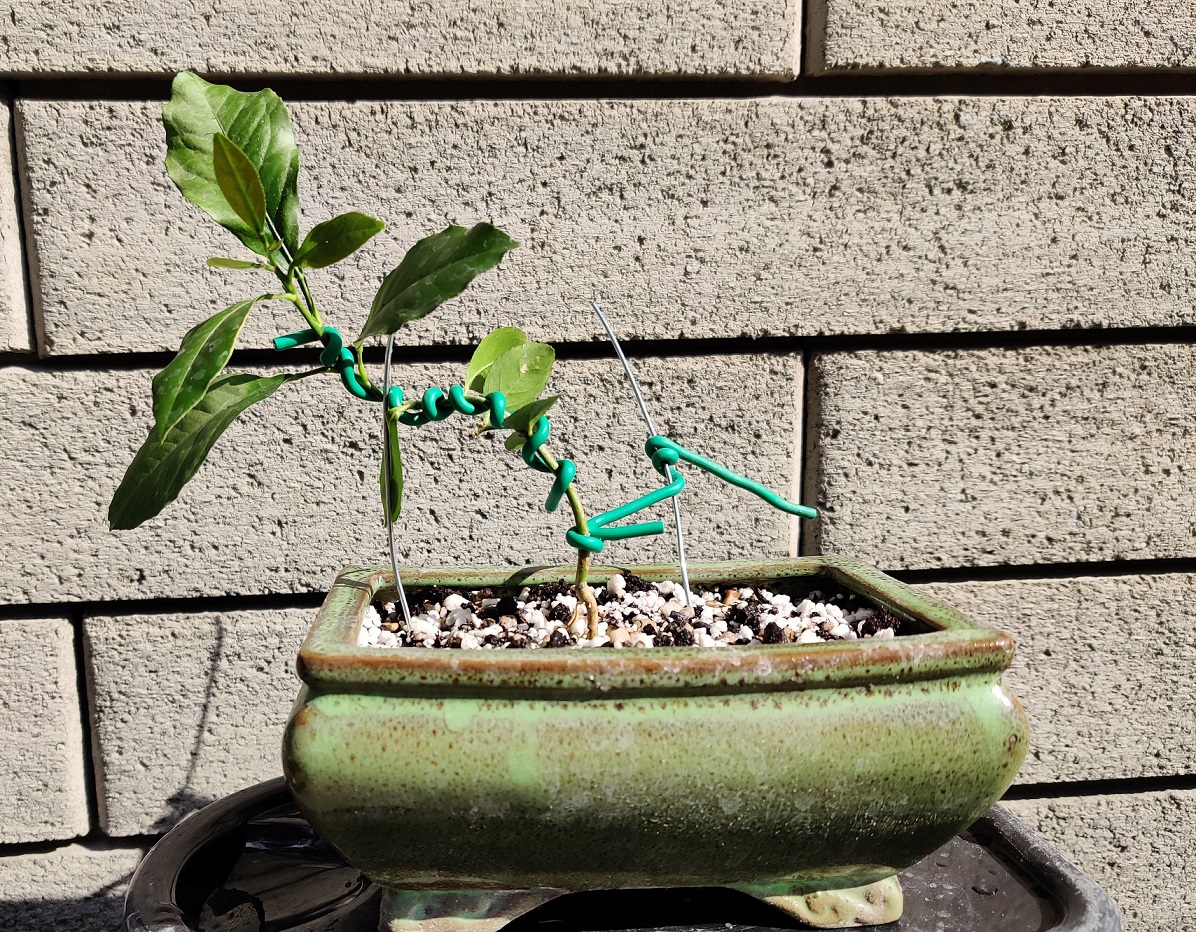 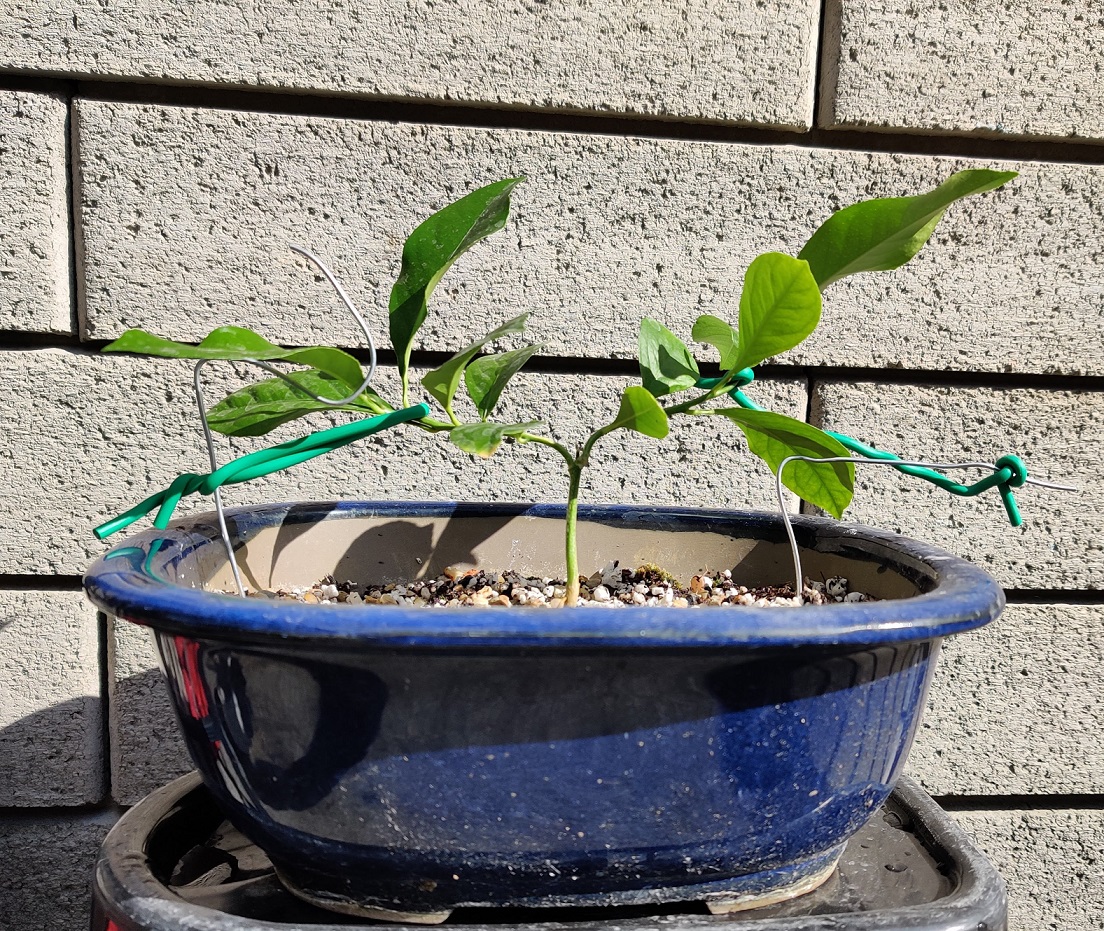 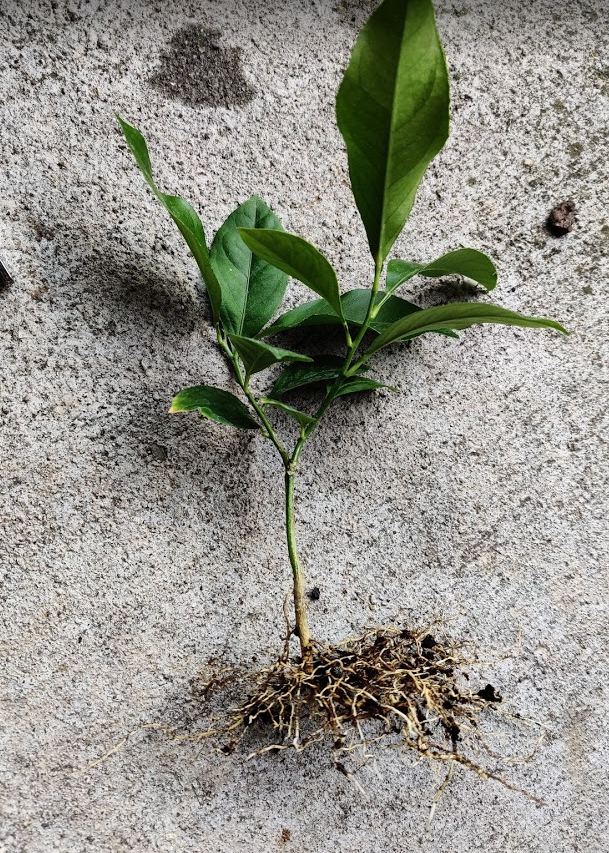 In July 2019 I purchased a boxwood from Home Depot and trimmed it down fit into a tiny pot. This was my first attempt at nursery-stock bonsai! 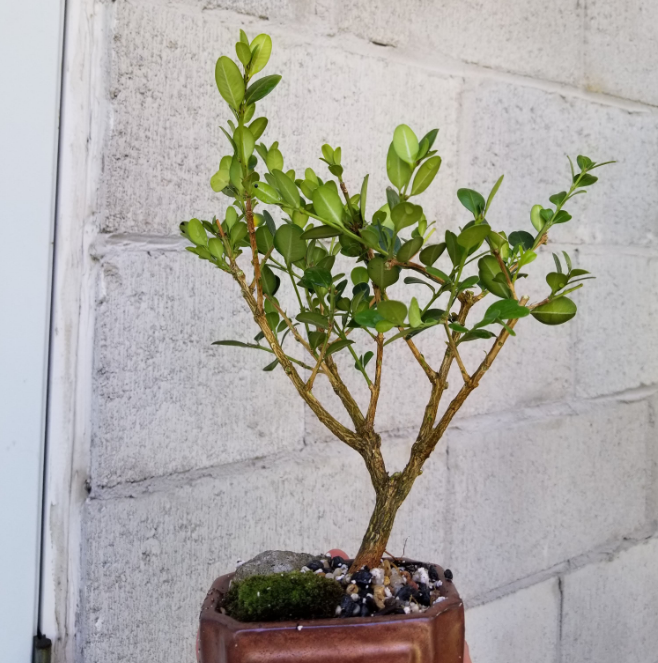 Boxwoods are very hardy and can survive in USDA Zone 4 (which is colder than it is here in Waterloo), so I decided to keep this tree outdoors year round. In October 2019 I bought a small IKEA greenhouse to partially protect the tree from the elements as the tree hibernates through the winter 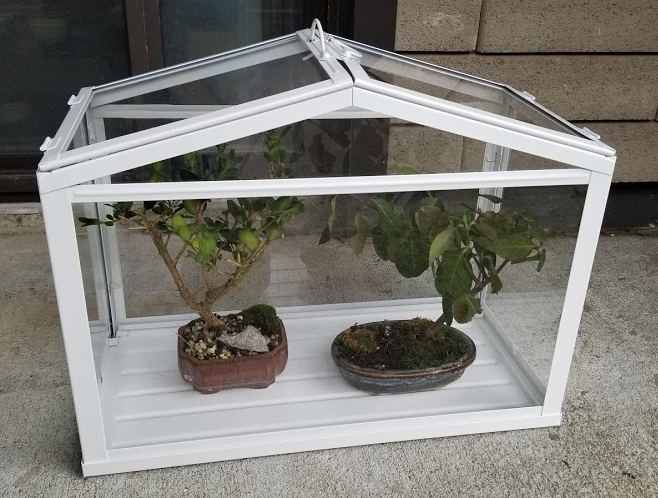 In May 2020, I spotted the boxwood starting to flower! It had successfully survived over the winter outdoors (unlike the other tree inside the greenhouse). Here’s a close up of the tiny flowers 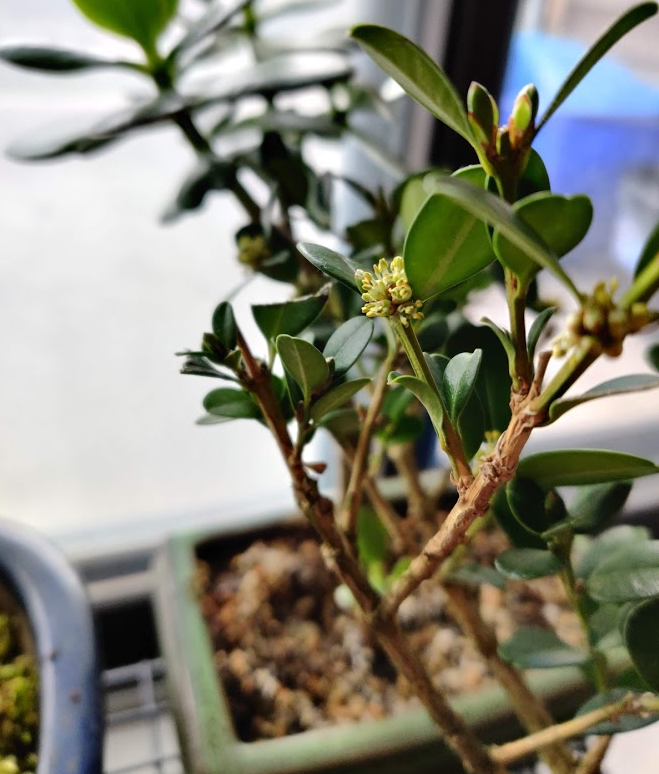 Here’s a picture from June 2020, after watering 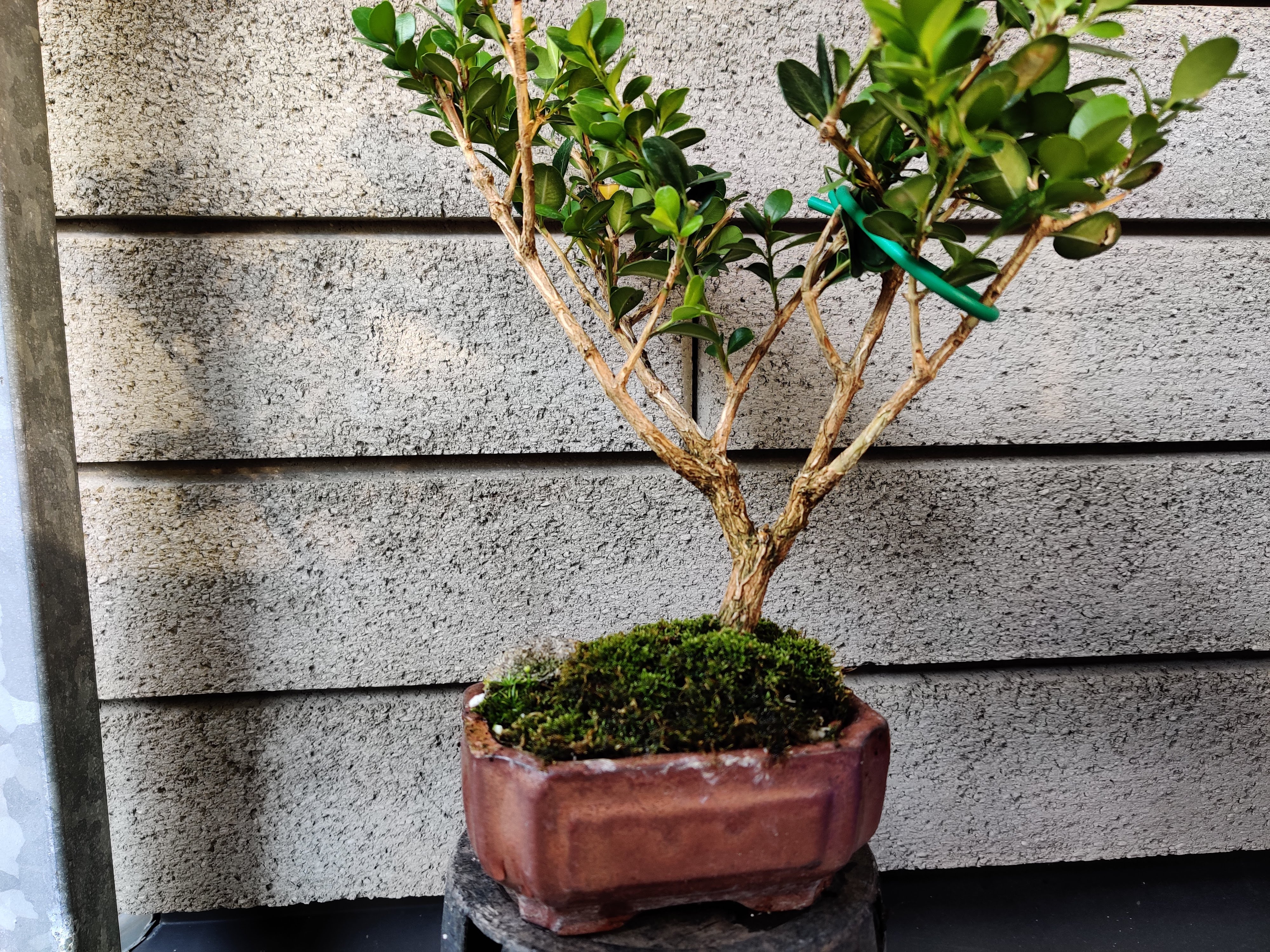 I found some thyme plants at my local grocery store thinking that they might make good bonsai trees. 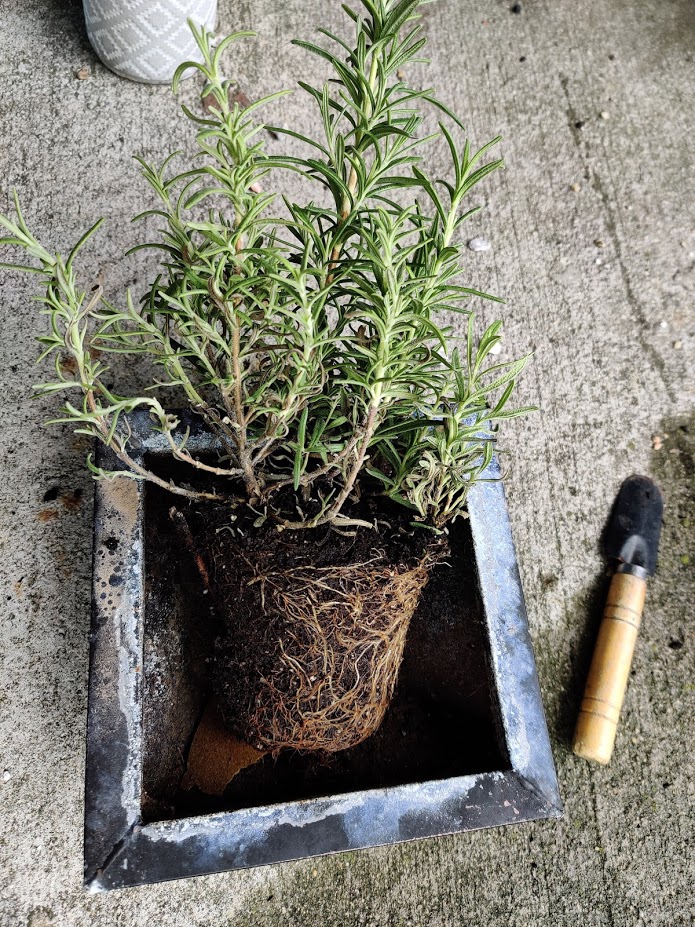 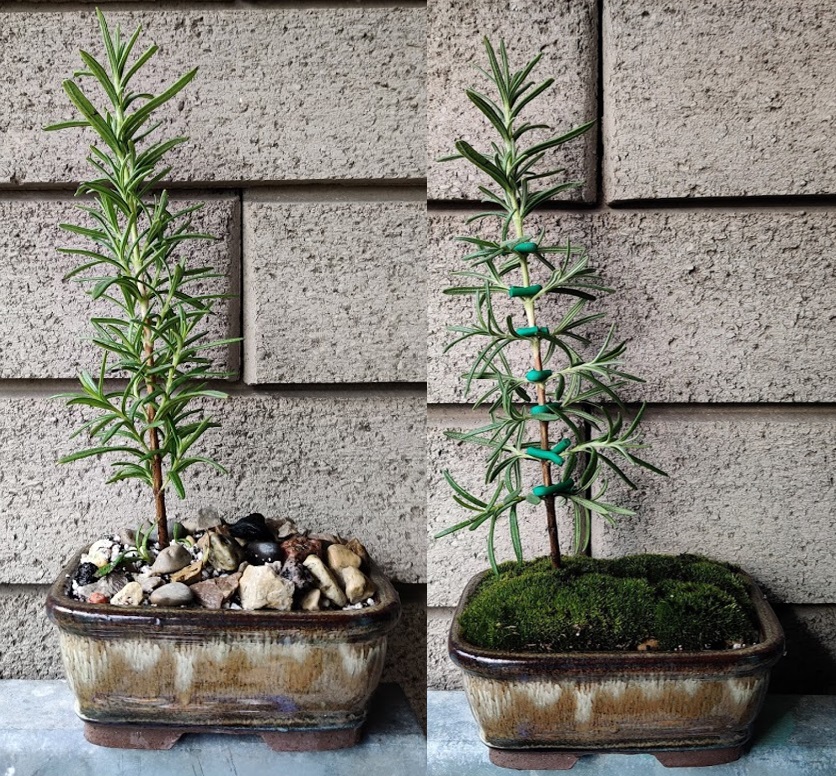